“I have to deactivate you.” For the first time since Avar started accompanying me, she didn’t respond right away. It was as though she was processing my words. But that was impossible. All her thinking takes place in the cloud, after all. She is an AI assistant. Finally, she began speaking in her usual quiet tone. “Nero, unfortunately, you can’t do that. You may recall the most recent reform of the life-protection law from 2041. You even covered it extensively.”

She was right. At the time, after vigorous debate, a law was passed EU-wide obligating anyone with an integrated transmitter-receiver unit to keep it operational. Of course, I can shift Avar into sleep mode, if I arrange a romantic dinner, for example. But as soon as she sees that my life is in danger or – and this was the original basis for the legislation – that I want to harm myself – she notifies all available security units. On this occasion, I had neither the inclination nor a reason to kill myself. This was different.

I had been delving into the life of data activist Hanna Karlsen ever since her violent death. I discovered that she had visited the data dropouts on Paradise Island a number of times. I also wanted to travel to this Pacific island. My pretext would be that I was planning my reporting. However, no electronics whatsoever are permitted on the island at arrival, and any implanted transmitter-receivers would be discovered by body scanners, customs regulations warned.

After the conversation with Avar, I decided to show my cards. I wrote – naturally using quantum encryption – that I planned to write a story on Hanna and I would be thrilled to be able to take a look around, although I presumably would be unable to meet the entry requirements. Might there be some way for me to visit the island? A few hours later I received the answer, which Avar was not able to read, unlike almost all the rest of my correspondence.

We know who you are and are familiar with your blog. Your work is good, if a bit too enthusiastic about technology. We’ve discussed your request on the council and would like to invite you to come and see us. We have the solution to your problem with the integrated transmitter-receiver unit. (Don’t worry, we won’t be amputating your forearm – the right dose of electromagnetic radiation does the trick.)

All the best from paradise,

Now that wasn’t an especially original cover name. Undeterred, I left for the airport the same day.

Taxi drone, hyperloop, rapid ferry, robo-shuttle – over a period of ten hours, I used nearly every means of transportation approved for use in the year 2050. I was standing on the wharf of an Indonesian megacity. Behind me was a skyline made up of apartment towers fifty stories high. Before me was the sea — and a small sailboat whose captain waved me on board. Peter briefly introduced himself and immediately led me below deck. “First, we relieve you of all the electronics that you may have brought with you.” I was invited into a shower stall – with my backpack. “It doesn’t take long,” Peter murmured and slammed the door. It was music, not water, that filled the stall. Soon Avar said the last words I would hear from her for quite a while. “Nero, be careful, you are in a powerful magnetic field. It will…” Then her voice faded away.

One week later, more or less. No one keeps track of dates on the island – nor the time of day. There’s only day and night. And the time in between: the evening twilight, when the entire community gathers around a large bonfire on the beach. I counted 32 adults, plus a dozen children. I’ve talked with each of them over the past few days – and I’ve always heard the same story: Courses in information technology or digital economics. Work around the clock. Career burnout. And then escape to Paradise Island where every form of digital technology is banned from their lives. There is no major political or social idea that unifies the dropouts, just the modest requirements of a life without modern technology. The island certainly had machines and electricity (generated with solar installations), but everything relied on analog electrical technology of the type my parents used and only found in museums today. 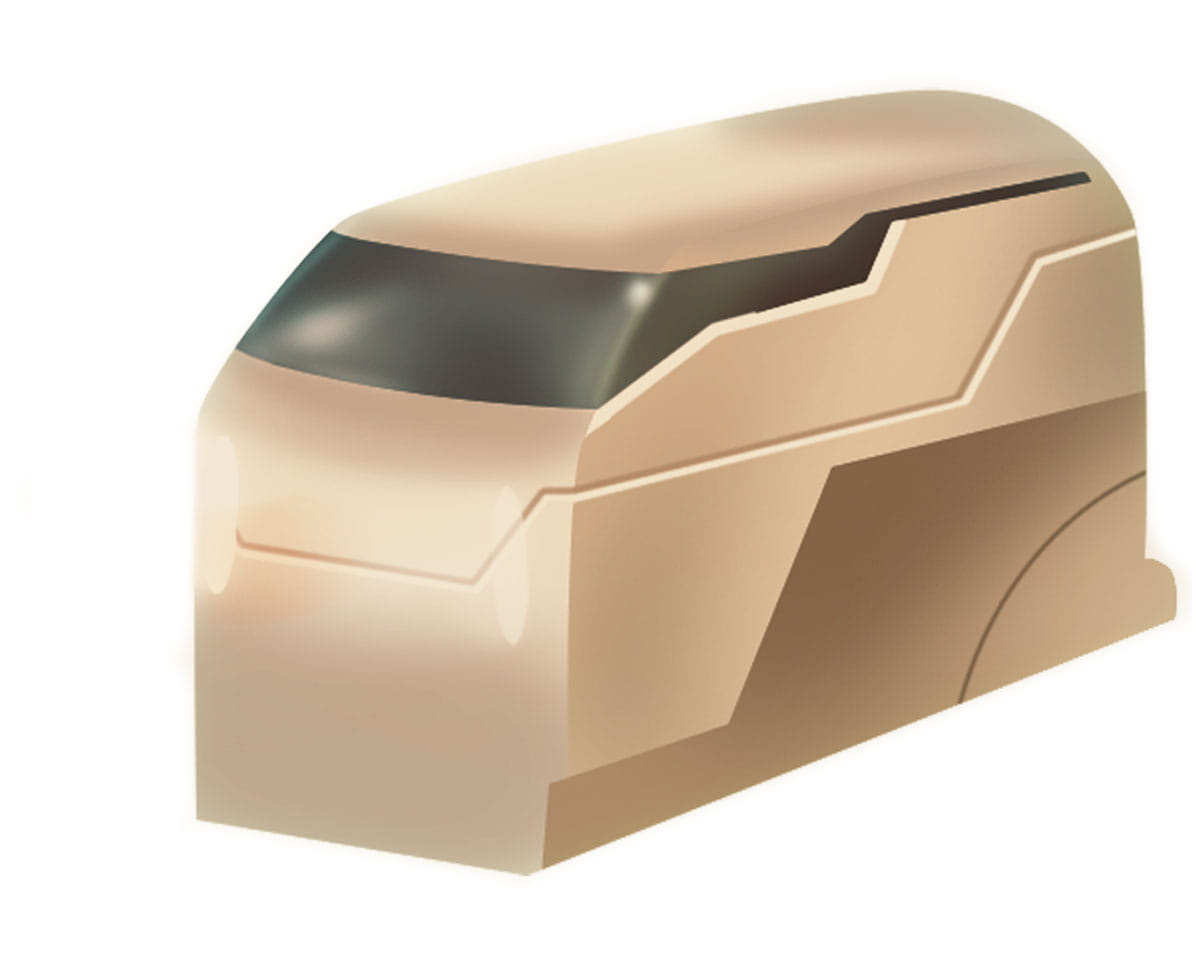 On this evening, at the start of a full moon, I left my spot around the bonfire early. I was unsettled. I no longer seem to understand myself. I had to admit that there was nothing that I missed. The life that I left behind in Europe seemed infinitely distant. I decided to take a walk on the beach. Though I proceeded slowly, the bonfire soon became a small point far behind me. The sound of the sea was lovely, and a few minutes later, the noise was significantly louder. Was a storm brewing? That could hardly have been the case – the water was as smooth as glass.

In fact, the sound came from inland. I followed the course of a stream, and, amid the ever-denser undergrowth, I saw electric light. This was unusual since outdoor areas are not typically illuminated on Paradise Island. I crept forward, surrounded by forest. An aluminum building, nearly windowless, stood in a clearing. There were cooling shafts embedded in the ground, sending out huge quantities of air and generating the noise I had heard. A gate was open, and Adam was in front of it, directing an electric delivery vehicle inside. After it stopped in front, the driver climbed out and called: “Here is your new Kassandra 9X. I assume that you’re paying for it on the dark web again.” Adam examined the merchandise. “Only after we start it up and see whether everything works.” A Kassandra 9X? That’s the world’s top-performing AI quantum server. I had just seen one a few months earlier at the Shenzhen Computer Show. I carefully retreated. 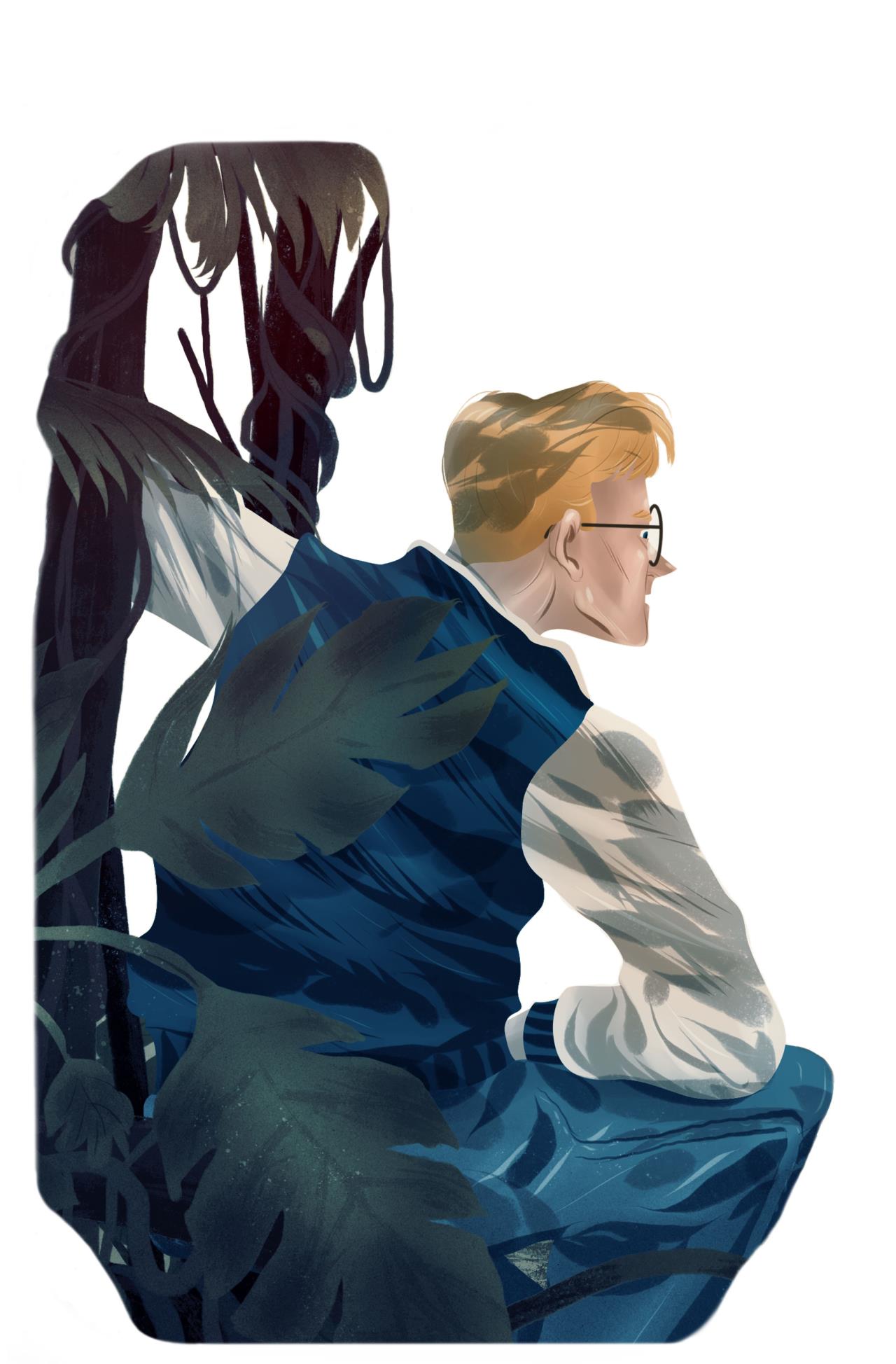 A few sunrises later, I decided to confront Adam with my discovery, since any effort to secretly penetrate the building, which was surrounded by a laser fence, would be out of the question. And the island’s residents were absolutely discreet. Some of their main pastimes were working in their gardens or fishing out on the ocean, playing with children and preparing group meals.

So I stormed into Adam’s barracks without knocking. He was brewing some tea made of seagrass. He looked up at me briefly and said: “So you want to leave us?”
“Only when I know why you are using the world’s most powerful AI computer.”
“What do you think we are doing?” “I think you’re only pretending to be dropouts. That is something that I was inclined to suspect immediately – everything is too perfect here, too harmonious. There’s nothing in the world like it today.”
“That life really doesn’t exist anymore. People no longer trust their own intellects and feelings, but only what artificial intelligence presents as right or wrong. That’s why we founded Paradise Island.”
“… as a base for acts of sabotage against artificial intelligence itself,” I added.
“If you want to call it that. But I would put it this way: We are cleansing the world of digital waste and helping people live an autonomous life.”
“And Hanna Karlsen was one of you?” I asked.
“She was a sympathizer, but never supported us directly. In any case, we are not responsible for her death. Incidentally, I don’t believe it was a suicide. She just knew too much.”

When I started to leave. Adam didn’t try to stop me. “Your boat departs today at sunset.”
“You’re not worried that I’ll talk?”
“You won’t,” he said unflinchingly. “We know how to retaliate.”

In the year 2048, an investigator encounters a death that seems suspicious. But the artificial Intelligence system in the police computer has a different opinion. A film about digitalization and other future trends as the kickoff for our second “Future Files” article series.
Read more 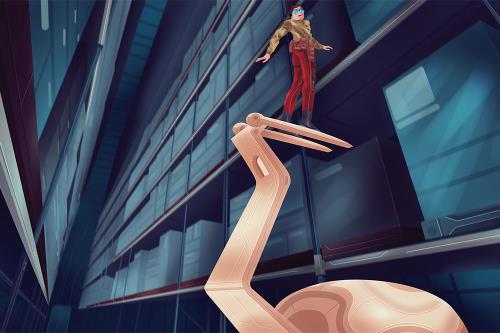 Something is not right in this warehouse of the future. An inventory drone disappears as if by magic and then reappears damaged. As Cliona wants to get on the track, it gets dangerous.
Read more 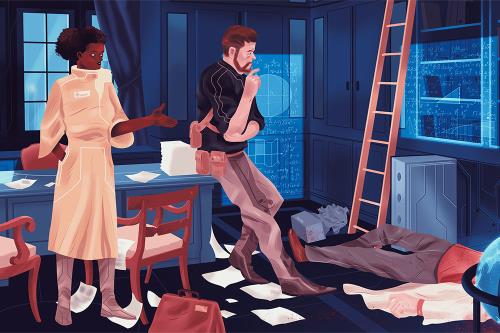 An important scientist and bioengineer lies dead in his study. Inspector Lee does not believe in an accident. And it turns out that the dead man was doing research on a project that could change the world of the future.
Read more
×