Weinheim (Germany), January 19, 2021. Freudenberg Sealing Technologies presents a new generation of DIAvent valves, which ensures that reaction gases can escape from damaged lithium-ion batteries four times faster than before. At the same time, the valve maintains the continuous pressure compensation required for normal battery operation. The company is preparing for a rapid series launch.

More and more energy in less and less space: The batteries in modern electric vehicles now enable many drivers to handle distances that cover their everyday use. However, a solidly packed powerhouse also requires special protective measures. If there is a mechanical defect or short circuit, the individual battery cells may get very hot.

Liquid electrolyte, which is currently used in nearly all lithium-ion cells, evaporates and can escape into the battery housing as a hot gas. This must then be released into the environment very rapidly and in a controlled process through a pressure relief valve. Many current battery housings feature several rupture disks for this purpose – a solution that provides rapid degassing but has some drawbacks. The bursting exposes the battery interior, which means that special precautions are required, for example when extinguishing, towing or repairing the vehicle.

At the same time, every battery housing needs controlled venting anyway to compensate for fluctuating air pressure during normal operation. This is necessary not only when driving uphill and downhill but also because the air in the housing heats up during power input and output. If rupture disks are used for emergency venting, a separate valve may be needed to compensate the pressure during regular operation.

Four Times Faster in an Emergency...

This is why Freudenberg Sealing Technologies launched series production of “DIAvent” in early 2020, to offer a ventilation valve that combines regular housing venting and rapid emergency degassing in a single component. Now the supplier is presenting a new generation of this valve, which makes the emergency degassing four times faster. Even with an overpressure of 300 millibar inside the housing, “DIAvent Highflow” already enables a flow rate of 92 liters per second.

The basic design of the valve stays the same: A centrally positioned, water-repellent nonwoven element ensures effective air exchange during normal operation. If water hits the valve at high pressure, the outer layer is temporarily pressed onto a completely media-tight interior layer, preventing any water from penetrating the housing. Emergency degassing is enabled by a ring-shaped umbrella valve surrounding the nonwoven membrane. It reliably opens as soon as the pressure inside the housing exceeds the atmospheric air pressure by more than 40 millibar. After the pressure is equalized, the reversible umbrella membrane closes again and restores the water tightness.

The significantly enhanced performance of the valve, whose outside dimensions remain nearly unchanged, can be attributed to the optimized gas flow inside the component. Engineers at Freudenberg Sealing Technologies have calculated the flow-through of the valve in detail for this purpose. Minor geometric changes, such as additional openings on the sides of the umbrella, prevent air from accumulating under the screen and enable a significantly increased flow rate.

... And a Quick Series Launch

Freudenberg Sealing Technologies is preparing a rapid series launch of the new “DIAvent Highflow” valve generation. The first functional prototypes are already being tested by customers, and production is already primed for expansion. This includes an “end-of-line” test of the valve function: Unlike rupture disks, Freudenberg’s valves can be tested right after production to ensure complete functionality.

“With the new generation of our housing ventilation, we want to help make electromobility even safer,” explains Development Engineer Roman Herzog. “Valves that ensure both pressure compensation during normal operation and a high flow rate in an emergency also reduce costs on a system level.” What makes this important is that although the energy density of traction batteries will continue to rise, the costs per storable kilowatt hour is expected to drop significantly in the coming years. 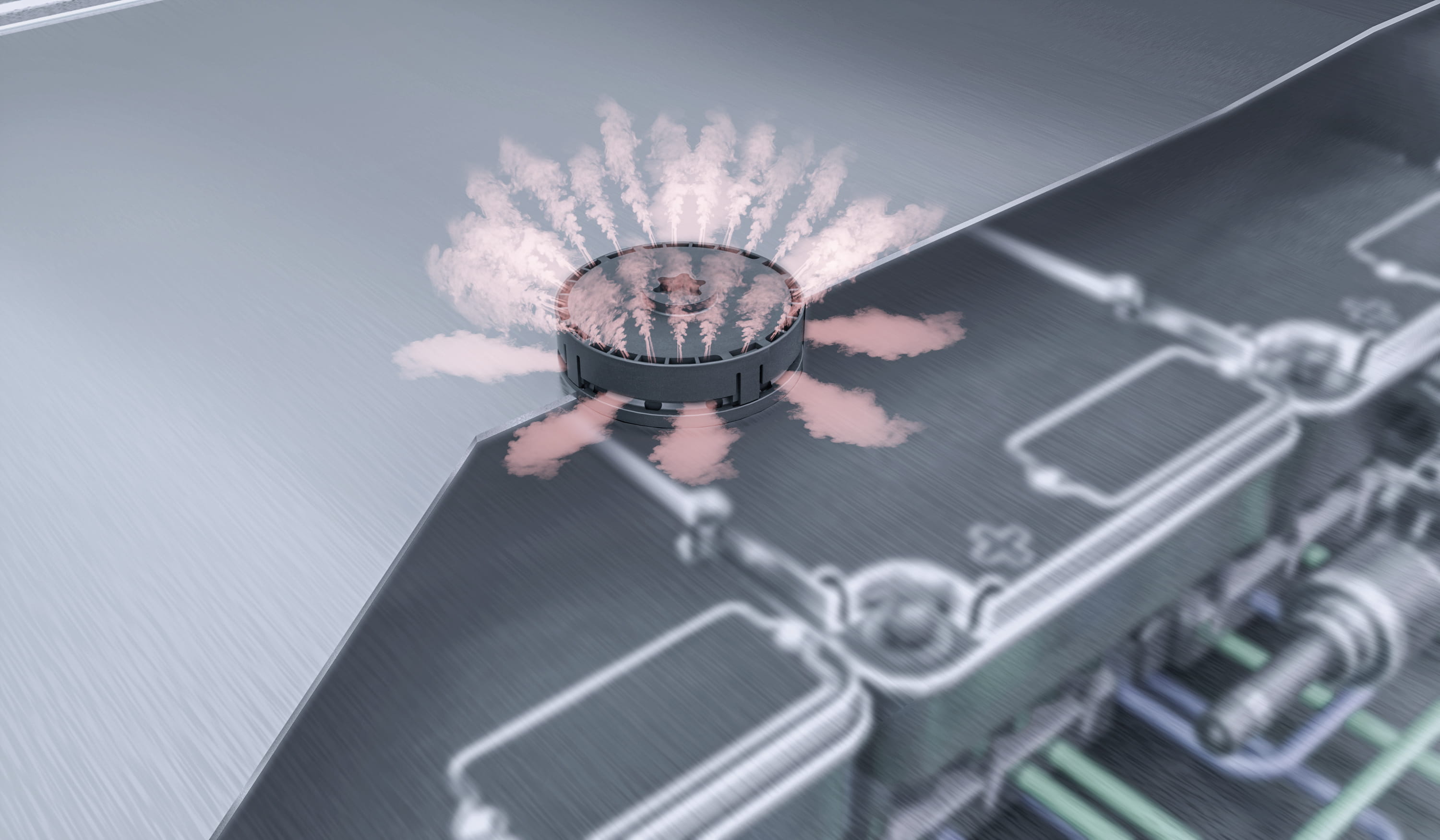 No More Side Effects