ESSENTIAL launched a loose sequence of short stories, each of which is set in its own fictional future. Some of them have recurring characters and settings, and some stand on their own. The goal is to play with very different visions as creatively as possible and bring the reader along on a thought experiment: What form could our future take – and what would it mean to us? 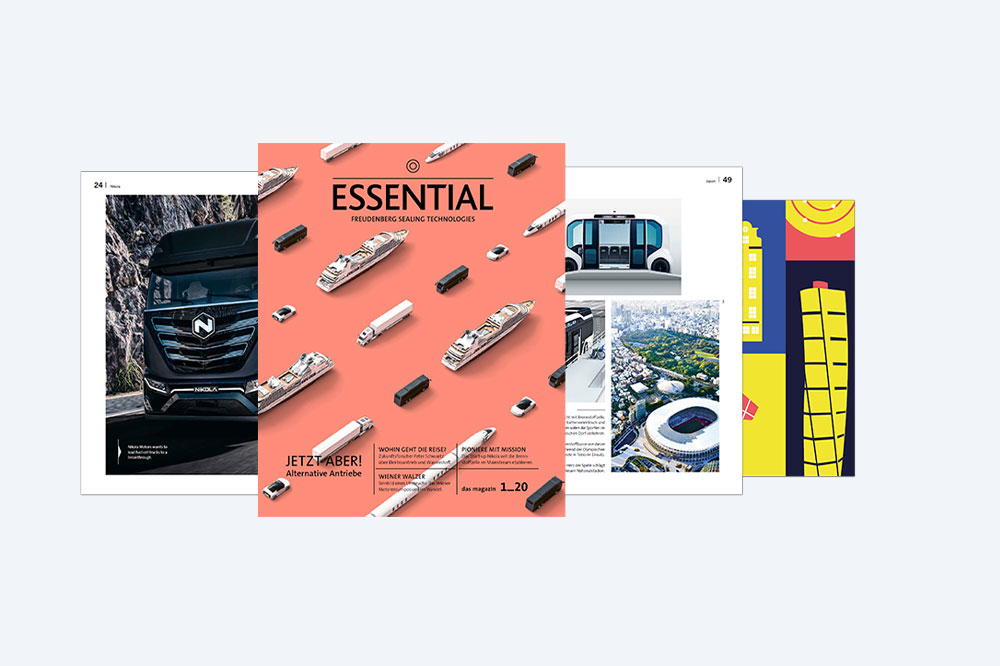 Freudenberg Sealing Technologies keeps an eye on the hot topics trending in our industry and among our customers, and continues to explore these issues in depth on their behalf. To better understand even today what will be driving the world tomorrow. Stay informed.