The MF Ampere ferry connects the Norwegian villages of Lavik and Oppedahl. Yet in a larger sense, it links the renewable energy and transportation industries. Norled, the ferry’s operator, has been doing important, pioneering work. In a climate-friendly world, green electricity has to move beyond the electric power sector and reach the transportation and heating industries. Experts refer to this as “sector-coupling.”

Hydropower plants have a long tradition: They have been used for more than 100 years to generate electricity – and, best of all, these systems are climate-friendly. Today Norway generates nearly all of its electricity with hydropower. Reservoirs fed by glacial meltwater are created up in the mountains. The water from them is guided into subterranean power plants to produce electricity. With the help of turbines, the kinetic energy of flowing water is transformed into mechanical energy. Turbines start to turn and drive the generators that produce electric current. The same principle applies in reservoirs created on flatlands. 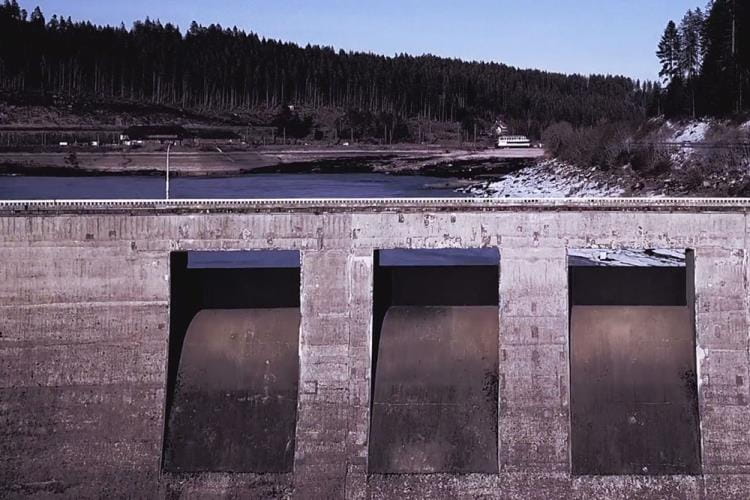 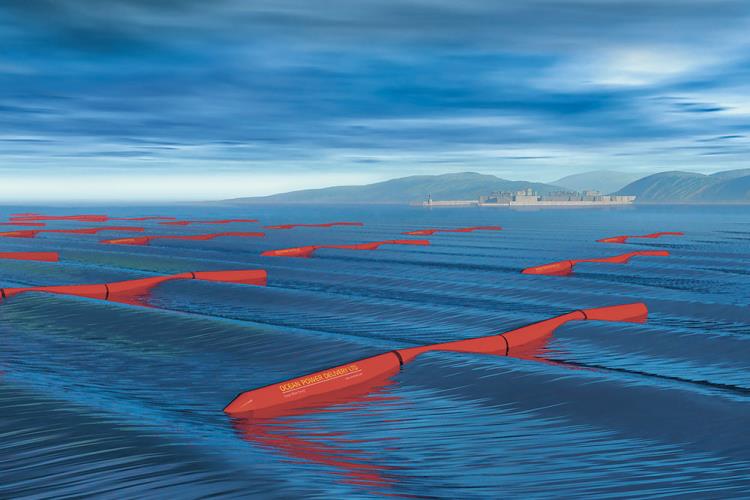 Tidal and wave power plants are a new way to exploit kinetic energy. Tidal power plants resemble wind power facilities. They consist of underwater turbines positioned at suitable points in the ocean. They are driven by the currents created by constant changing tidal flows. It takes a flow rate of at least three to four meters per second to operate them at the optimal level of efficiency – a speed found off the coasts of France, Scotland, Canada, Indonesia, the Philippines and Canada, for example. Their greatest advantage: The output of electricity is predictable. You can set your watch by the ebb and flow of tides. Wave power plants, which are still in the testing phase, use the rise and fall of waves to generate electricity. 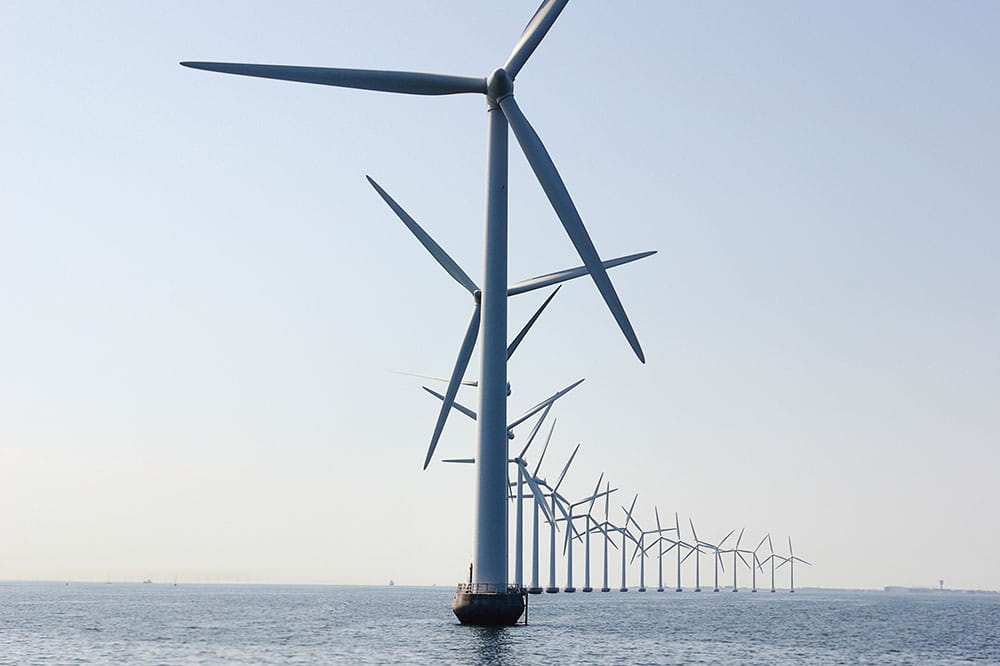 Offshore facilities are considered to be highly productive providers of electricity.

Since the Middle Ages, energy from wind mills has been used to mill grain and ultimately to drive machinery. Today onshore and offshore wind power facilities are among the most important sources of renewable electricity. Their adjustable rotor blades catch the wind and start to rotate, and a generator uses the rotation to produce electric energy. Today’s offshore wind turbines have now reached rotor diameters of 170 meters and a rated output of eight megawatts; 125 of them can replace the typical block of a coal power plant. Wind power has also become competitive in the electric power market.

The power of the sun can be used in different ways. Photovoltaic systems on home rooftops and in solar parks incorporate solar cells, in which the sunlight’s photons optically stimulate a layer of silicon. This puts the electrons in the silicon into a freely-moving state; an electric field inside the cell carries electrons to metal contacts, where the current flows. In another variation, sunlight strikes water, which is heated in collectors. But solar thermal energy is not just generated on rooftops – it is produced in power plants as well. In this approach, an oil — not water— is heated in the plants; the oil pass along the energy to produce steam using a heat exchanger. In turn, the steam drives a turbine.

Futuristic system: This solar thermal power plant is in Morocco.

The energy transition will bring changes in power transmission lines.

For a long time, a very simple principle was the rule in the electric power industry: Electricity was produced in a large power plant and then traveled to consumers over high voltage lines and distribution networks. But in the era of renewable energy, the task becomes much more complex. Houses, long considered consumers of electricity, are becoming producers — when they are equipped with solar rooftops. Yet another factor complicates the matter: The generation of solar and wind energy fluctuates depending on the weather.

That means the electric power sector will have to expand its networks due to the energy transition. This is sure to require laying and strengthening lines as well as creating intelligent distribution networks, which the experts call “smart grids.” Networked electricity meters will record production and consumption, and software will make predictions about loads.

It is not hard to connect a home to an electric grid. But this is only rarely possible for vehicles — they would normally need an overhead contact wire to make the connection. Otherwise, the vehicles need to have energy storage on board to store away and later use renewable energy. The storage can take the form of batteries that directly store electricity or tanks filled with hydrogen. In the latter approach, green electricity is used to produce hydrogen, which is transformed back into electricity in a fuel cell on board the vehicle.

There are now many versions of electric vehicles. In a hybrid vehicle, an electric motor supplements an internal combustion engine. Ranges of up to 50 kilometers are possible under electric power alone. Purely electric vehicles draw their electricity from batteries or fuel cells that run on hydrogen. Electric cars basically have the potential for CO2-neutral mobility if the electricity to charge the batteries and the electrical energy for the production of hydrogen come from renewable sources. Electric vehicles have another major advantage: They handle electricity very efficiently. Electric motors have a high energy conversion efficiency, with more than 95 percent of the energy reaching the wheels.

Deutsche Post DHL is an electric-mobility pioneer with its Streetscooter.

The major disadvantage of battery storage systems is that their energy densities are much smaller than those for gasoline or diesel fuel. They are much heavier at the same output. This becomes a real problem for heavy-duty commercial vehicles: Their batteries would be so heavy that their load capacity would fall substantially. One solution could involve running the vehicles on renewably produced hydrogen. Transportation companies in Hamburg, Berlin and many other cities worldwide are testing buses with fuel cells. Meanwhile, battery-electric propulsion is used for smaller vehicles that are used for deliveries, Logistics companies like the Deutsche Post DHL have developed their own models for these purposes. Heavy trucks with overhead contact lines are also being tested on a stretch of the autobahn south of Frankfurt.

Electric propulsion is also suited for watercraft. For example, an electric ferry ran from Godesberg to Niederdollendorf on the Rhine between 1908 and 1945, Today Norway is the pioneer in electric ferries. The MF Ampere, which went into operation in 2015, is considered the world’s first electric car ferry. The ship can carry 120 cars and 360 passengers across the six-kilometer-wide Sognefjord. In its first three years, it has already traveled the equivalent of five times around the world. Meanwhile, the MF Ampere’s shipyard has received orders for 53 more electric ferries.

The heating sector is the third area — after the electric power and transport sectors — that has to be developed for renewable energy. But in many countries, fossil fuels such as oil and natural gas are still used for heating. Electric heating has long been considered inefficient and expensive. Heat pumps have been established as an alternative in recent years. About 600,000 systems were installed in Germany alone in 2015, and 2.6 million are expected by 2030. Heat pumps are operated electrically and they function much like a refrigerator. They extract heat from an operating medium that may be groundwater or ambient air. They also compress the heat and pass it on to a separate hot water circuit, which can be used for heating. 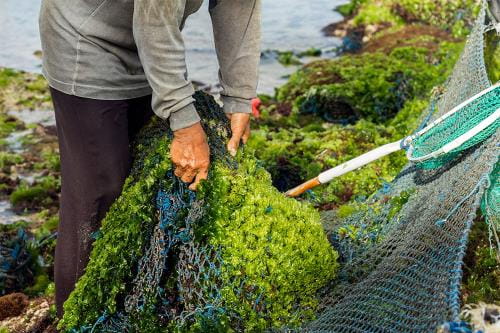 Algae seem to be the solution to a number of problems. The organisms are not only emerging as a potential food – they are increasingly seen as a source of energy.
Read more
Alternative drives Energy transition 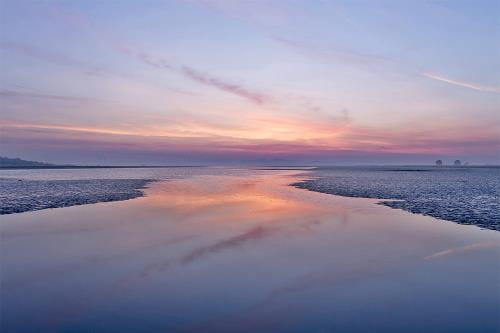 South Korea is the German national soccer team’s final opponent in the preliminaries. The world’s largest tidal power plant was constructed there almost incidentally – even though this East Asian country’s coasts are well suited to the technology.
Read more
Energy transition

Sweden is the German national soccer team’s next opponent. This Scandinavian country is breaking new ground in the generation of electricity from renewable sources and in the auto industry.
Read more
Energy transition E-mobility

In a short series of articles, we delve into climate-related and environmental issues in the countries that the German national soccer team is facing in the preliminaries for the World Cup. Our article on Mexico is the kickoff.
Read more
Energy transition E-mobility 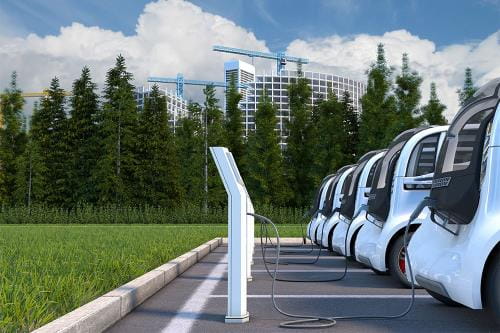 A Stable Grid Thanks to Electric Cars?

Wind and solar energy have their shortcomings. But now electric vehicles are being viewed as potential temporary storage systems to ensure a steady supply of electricity.
Read more
E-mobility New work Energy transition

If there is a large-scale blackout, it takes IT that runs on electricity to reboot the grid. So what do you do?
Read more
Energy transition
×