Weinheim (Germany), December 11, 2018. Gear motors, pumps and stirring units keep process material in constant motion in the process industry’s production facilities. A large number of shaft seals are used at drive shafts to keep liquids securely within the equipment. But leaks may be more likely to occur if the pressure acting on the seals becomes too great. Freudenberg Sealing Technologies has developed a new rotary seal, the Gerromatic, which has a wave-shaped sealing lip. This increases the maximum amount of pressure that can be applied. The sinusoidal contact path also reduces friction and provides self-cleaning, which extends operating life.

In the process industry, including the food and beverage sector, shaft seals used in equipment mostly have a rotation-symmetrical seal lip, which abuts the rotating shaft with a groove-like contact pattern. During wet-running, this can cause the medium to be displaced at the contact surface. The seal then runs in a more or less dry condition, leading to increased friction and higher temperatures. The increased friction increases wear and reduces the efficiency of the equipment. The accompanying rise in temperature is not desirable, especially when the process media are temperature-sensitive. If the seal lip is also exposed to high temperatures at high rotational speeds – for example, due to a process material that applies pressure to the seal lip in a vessel with a stirring unit below it – the lip can fold down on the low-pressure side, which would result in immediate leakage and the seal’s failure.

Wave-shaped sealing lip instead of a rotation-symmetrical design

Freudenberg Sealing Technologies has developed a new rotary seal, the “Gerromatic,” for wet-running applications and pressures up to 8 bar. It is equipped with a wave-shaped sealing lip, not a rotation-symmetrical design. This results in a sinusoidal contact pattern. As the shaft rotates, each point of the seal lip repeatedly coats a different area of the shaft, moistening it with the medium. This reduces friction and the usual temperature rise at the sealing area. The contact zone of the undulated seal lip, alternating between flat and linear, has the ability to distribute high pressure so the seal lip’s performance is maintained. It lies securely against the shaft and does not fold down, even across a wide range of pressures. Furthermore, the sinusoidal path provides self-cleaning: If small particles, perhaps from the process material, settle under the seal lip at times, they are quickly rinsed out of the contact zone. This reduces wear and increases the operating life of the seal.

In a Freudenberg Sealing Technologies testing facility, experts have already demonstrated the new seal’s special features. In a test, the Gerromatic displayed a temperature rise that was 20°C less than the increase for a standard seal. The test was a standard wet-running trial that ran for 96 hours at 5 bar and a circumferential speed of 5 meters per second. Its leakage behavior is even more impressive: Under the same conditions, only a vanishingly small leakage rate could be detected over the entire test route of more than 1,700 kilometers.

The new Gerromatic rotary seal from Freudenberg Sealing Technologies is made of PTFE and produced in various versions. PTFE is a thermoplastic polymer consisting of fluorine and carbon and is available with food authorizations in accordance with EU 10/2011 and FDA as well as pharmaceutical approvals in accordance with the U.S. standard USP Class VI.

The material stands out for its resistance to temperatures ranging from -80°C to +200°C. Another advantage of the PTFE materials now being used is their high resistance to the media usually used for cleaning and sterilizing closed equipment in the process industry. With a pressure resistance of up to 8 bar and a circumferential speed of up to 25 meters per second, the new seal is especially suited for partially and fully immersed applications with aqueous media where above-average pressure development must be taken into account. 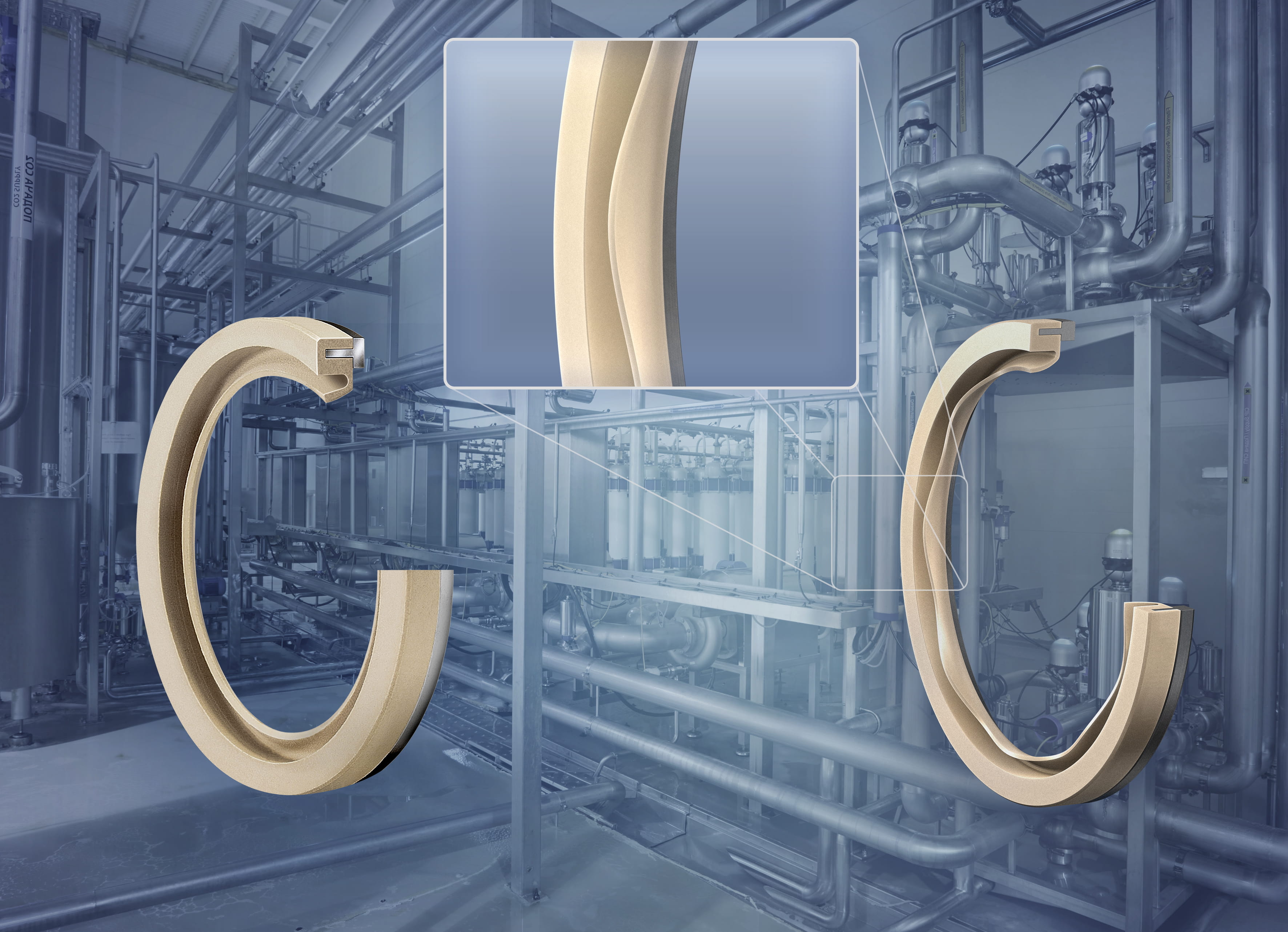 Plastics for Global Use in the Food Industry

Many food processing systems are used in various countries around the globe. To ensure safe production of food, different regulations apply to the quality of sealing materials depending on the region.

Freudenberg Sealing Technologies worked with valve manufacturer Bardiani Valvole to engineer a seal that supports its new high-pressure valve certified according to global 3-A® Sanitary Standards.

The Beginning of the End for the World’s Plastic Woes?

Around the world, scientists have been doing research on plastics that can be totally recycled into their original raw materials. A research team in the United States has now announced a breakthrough.

Electronic control units in cars are almost always made of aluminum. The use of plastics could trim a great deal of weight. But this requires shielding against electric fields.

Components made of plastic are not just lightweight – they can also handle multiple functions simultaneously. This is possible due to materials that are adapted precisely to the requirements and the high degree of flexibility available in plastic-parts production.

Freudenberg Sealing Technologies introduces a seal that comes with an integrated bearing.

If you were to stand a single rotor blade on end next to the Dresden Frauenkirche, it would rise more than 10 meters higher than the church’s tower cross. Without the use of composite materials, the blades of the latest wind turbine giants would be too heavy to function.