Giants on the High Seas

Ever-larger wind power stations are being developed out on the ocean, with rotor diameters now reaching 167 meters (548 feet). There is a good reason for this trend: Larger facilities are more economical and less dependent on subsidies. But the enormous loads place tremendous demands on systems and their components.

The view from the gondola at the dizzying height of 120 meters (390 feet) extends far across the flat terrain, where coniferous forests alternate with snow-covered fields. Heavily layered clouds move rapidly along the horizon and highlight the most important feature that characterizes the small village of Østerild in northwestern Denmark for many guests: Strong winds normally blow on this elongated peninsula between the North Sea and Limfjord – almost as much as on the open sea. That’s why the Department of Wind Energy at the Technical University of Denmark at Lyngby established the National Test Center for Large Wind Turbines in October 2012. Since then, manufacturers such as GE Wind Energy, Vestas Wind Systems and Siemens Gamesa have been testing new offshore facilities here. From Østerild, engineers and visitors can take a close look at a trend shaping the market for wind turbines: They are expanding in size to achieve greater energy yields and become more efficient for their operators. 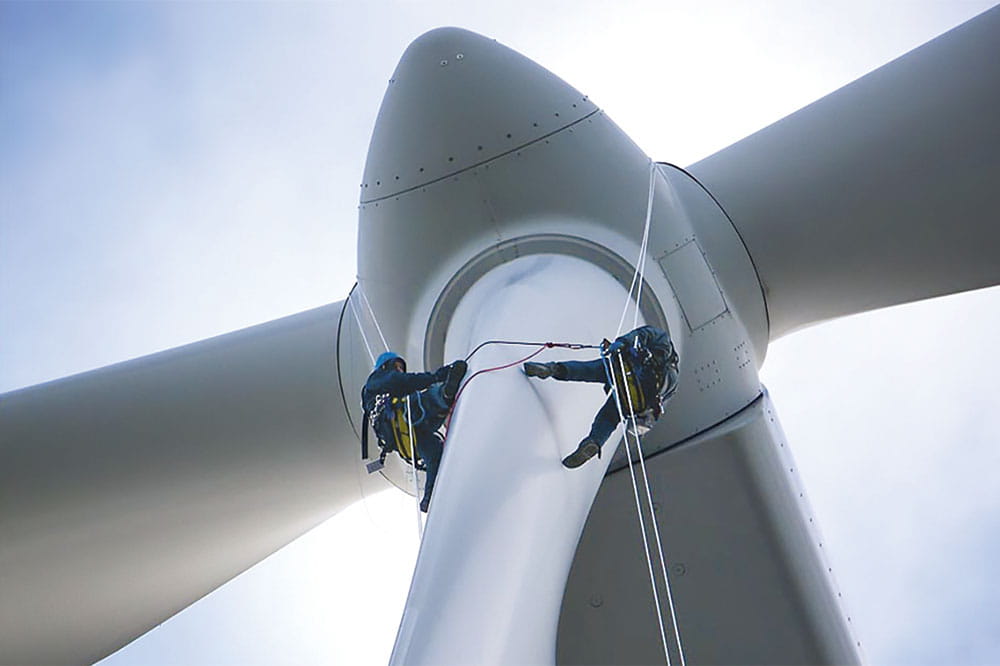 The current record-holder at the test site is a system from Siemens Gamesa with a rated capacity of 14 megawatts. Installed in late 2021, it has a rotor diameter of 222 meters (728 feet), which boosts its annual electricity output by about 25 percent over its predecessor. “Larger turbines and larger wind parks allow greater efficiency for operators,” said Stephan Buller, Portfolio Manager for Offshore Turbines at Siemens Gamesa. “This is because components can be better utilized in relation to energy inputs or eliminated in many instances – for example, fewer foundations, fewer towers and less infrastructure such as connecting cables.” The costs of service and maintenance are also lower for larger systems in terms of the kilowatt hours produced. Another advantage is that tried-and-tested technology is largely used in the new systems. Components such as rotors, inverters and bearings are certainly larger, but the facility’s basic architecture is unchanged.

Improved efficiency continues to be the top priority in the wind energy market even if the member-states of the European Union, including Denmark, basically want to increasingly shift to renewable energy. The operators of offshore wind parks can offset low subsidy levels with the economies of scale from larger turbines and systems. They are also betting that the technology – which is now produced in high volumes – has survived its growing pains. For example, five years ago in Europe alone, Siemens Gamesa installed about 450 offshore wind power facilities with a total output of 2400 megawatts. The German-Spanish manufacturer has been relying on permanently excited synchronous generators for a while. Instead of conventional drivetrains with a gearbox, they have a direct-driven generator mounted behind the rotor. The generator’s outer ring, which is equipped with permanent magnets, rotates at the speed of the rotor around the inner ring, which functions as a stator. This makes it possible to do without a conventional shaft and gearbox. The transformer can thus be housed right in the gondola instead of the tower base, which enables pretests of the entire system in port.

Due to the declining cost of installation and maintenance, manufacturers expect reduced expenses and greater interest in the turbines. And the numbers seem to bear this out. For some time, the focus has not been limited to the North and Baltic Seas, where so much of the early pioneering work was done. Germany indeed has a total capacity of 7.8 gigawatts today. But over a period of one year recently, China launched offshore wind parks with a capacity of about 12.7 gigawatts. Other countries are expressing an interest in this type of electricity generation. Italy is an example. During the summer of 2022, the country connected its first offshore facility to its grid. After all, the high seas offer especially good conditions for high energy yields. “For one thing, there is enough space available,” Buller said. “For another, the wind often blows evenly from one direction for several hours, so it often reaches the ideal speed of 10 meters per second (32 feet per second) or more for electricity production.”

An output of 1 gigawatt is enough to power about a million households. A 14-megawatt facility like the one recently erected at the Danish test center could supply about 14,000 households. “There is an optimal size for a wind turbine technologically, even if we cannot determine that point with certainty today,” Buller said. “The energy that can be produced with the turbine certainly rises with the increase in rotor surface. But the loads that are exerted on components such as the main bearing or the bearings for the rotor blades grow even more.” The result: At some point, the engineers will have to incorporate a disproportionate amount of material to handle the loads – which would make the system too heavy and too expensive.

Sealing rings with a diameter of more than 11.5 feet pose a challenge.

The systems in the 8-megawatt class put huge demands on individual components such as seals. The job of the seal rings is to keep the lubricant in the main bearing and dirt particles, saltwater and rain out of the interior of the mechanical elements to be protected. “But with the increasing diameters of the torque bearings, the design principle of earlier shaft seal rings is pushing against the limits of scalability,” said Jens Kuhnert, Business Development Manager and wind power expert at Freudenberg Sealing Technologies. In direct-drive wind turbines, like those that Siemens Gamesa has developed, the seals are attached to the outer ring of the main bearing. It in turn rotates around the stator as a rotor along with the seal and the seal lip. Here the sheer size of the seal rings with a diameter of more than 3.5 meters (11.5 feet) is a challenge for the manufacturing process, which uses huge vulcanization presses. Increases in bearing diameters are certain to lead to a flattening of the radial curvature. 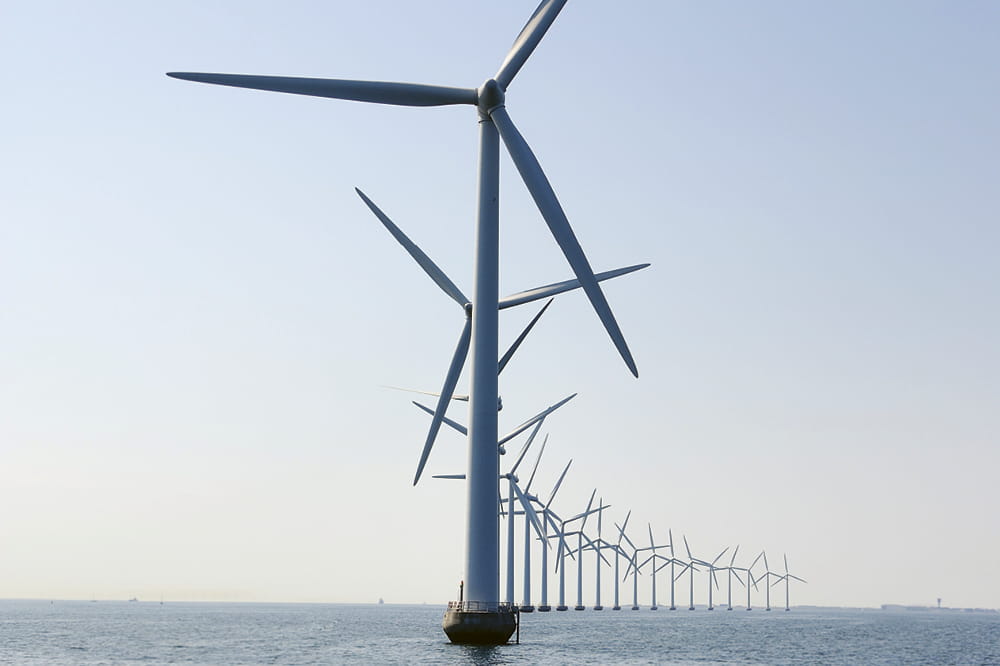 Good Conditions: Out in the ocean, the wind often blows constantly from one direction for several hours, enabling high electricity generation.

Since the spring at the seal lip acts radially toward the interior, the contact pressure — which makes it possible for the seal to perform its task reliably — declines as the curve flattens. “In response, we’ve developed a seal ring that contains a meander spring instead of the worm spring used to this point,” Kuhnert said. With this seal – which is called the Seventomatic – a slender, elongated seal lip creates a V-shape with the carrier body. A curved, vulcanized-in profile strip strengthens the seal lip and the body. This makes it possible for the seal to act as a pressure spring. It “presses” onto the running surface on its own, replacing the customary worm spring. In this way, the linear force no longer depends on the curvature, and the seal can do its job extremely well even at higher loads. In addition, the direction of the seal’s force can be varied at will. depending on the design of the turbine. Its spring force can act toward the interior as well as the exterior. This gives the developers of wind turbines and their components new freedom of design.

Furthermore, longevity is an important requirement for all the components of a wind turbine. That’s because operators now rely on operating periods of up to 35 years in their calculations. Based on capital costs, operating costs and the desired rate of return, they compute the so-called levelized cost of electricity, or LCOE, which they compare to the expected yield of electricity. The remote diagnosis of entire wind parks offers still other ways to keep operating costs under control. In these systems, individual wind turbines are equipped with numerous sensors at important points such as bearings or housings; they measure vibrations, temperatures or torque and report the data to a control point on land. For example, Siemens Gamesa operates a remote diagnostic center at its main Danish location in Brande, where the data lines from all the wind turbines come ashore. Conspicuous data patterns are reported to the operators in real time so any forthcoming repairs or maintenance can be planned early. So it’s not just size that makes the giants of the high seas more efficient.

Solar energy that can be tapped at will. Electricity from tides and waves. But to make these ideas a reality, engineers and scientists from different continents have to collaborate across boundaries. 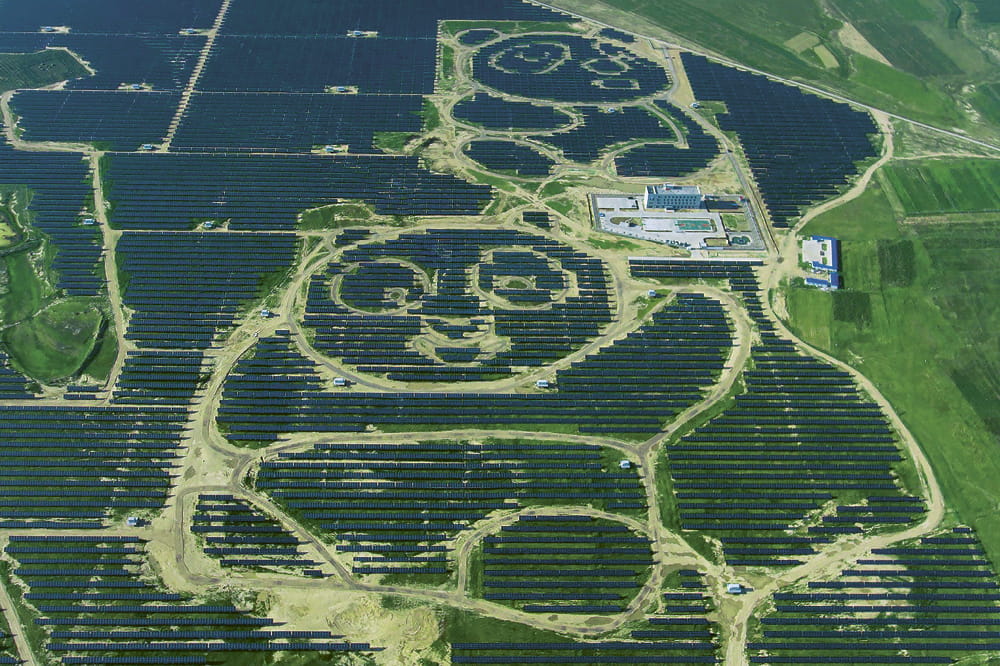 China has launched its energy transition. In addition to natural gas China is expanding its wind, solar and hydropower sectors. 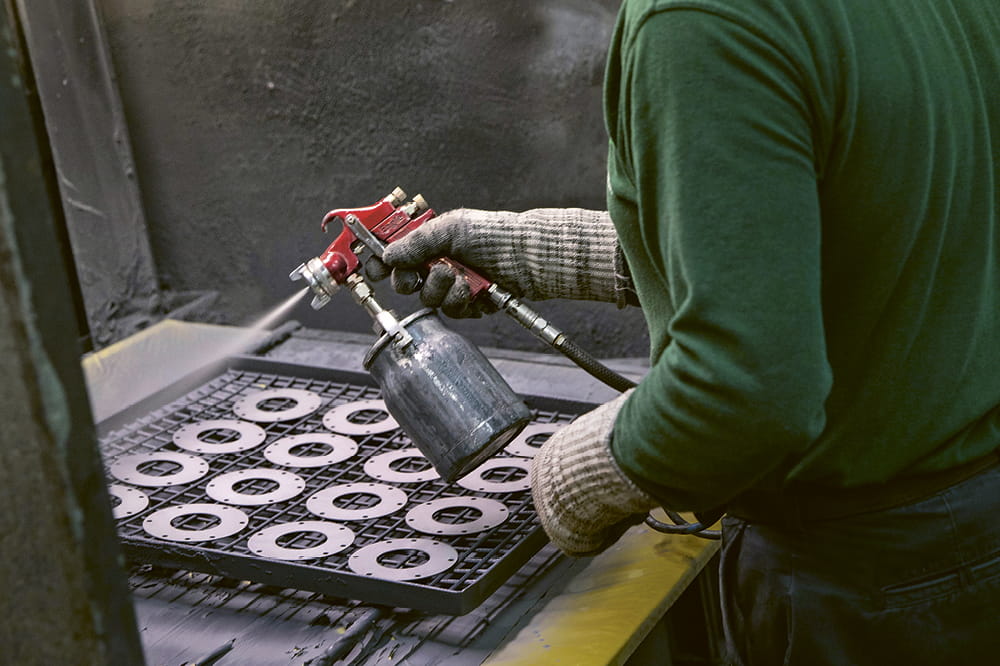 An Addition to the Family

Metflex has been part of Freudenberg Sealing Technologies since mid-2017. The medium-sized company not only offers materials with unique quality but it also has a strong position in the natural gas market. 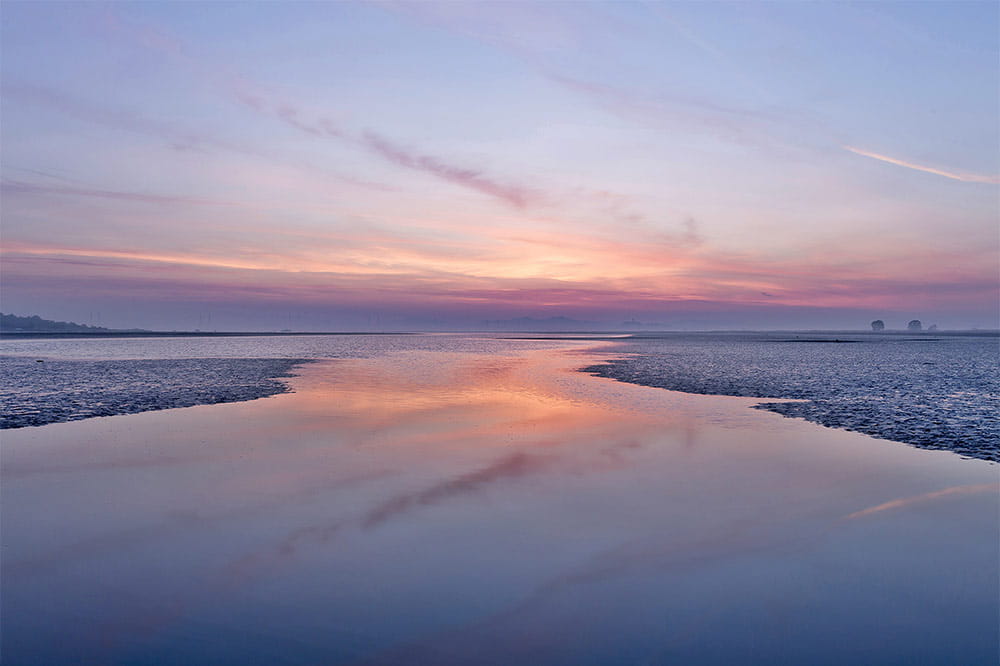 South Korea is the German national soccer team’s final opponent in the preliminaries. The world’s largest tidal power plant was constructed there almost incidentally – even though this East Asian country’s coasts are well suited to the technology. 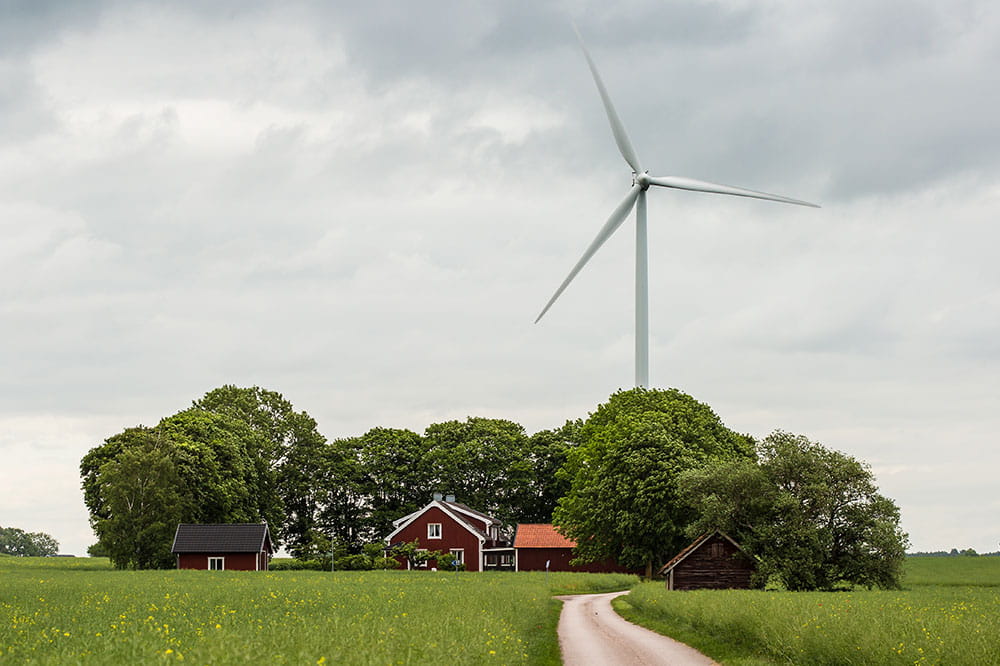 Sweden is the German national soccer team’s next opponent. This Scandinavian country is breaking new ground in the generation of electricity from renewable sources and in the auto industry. 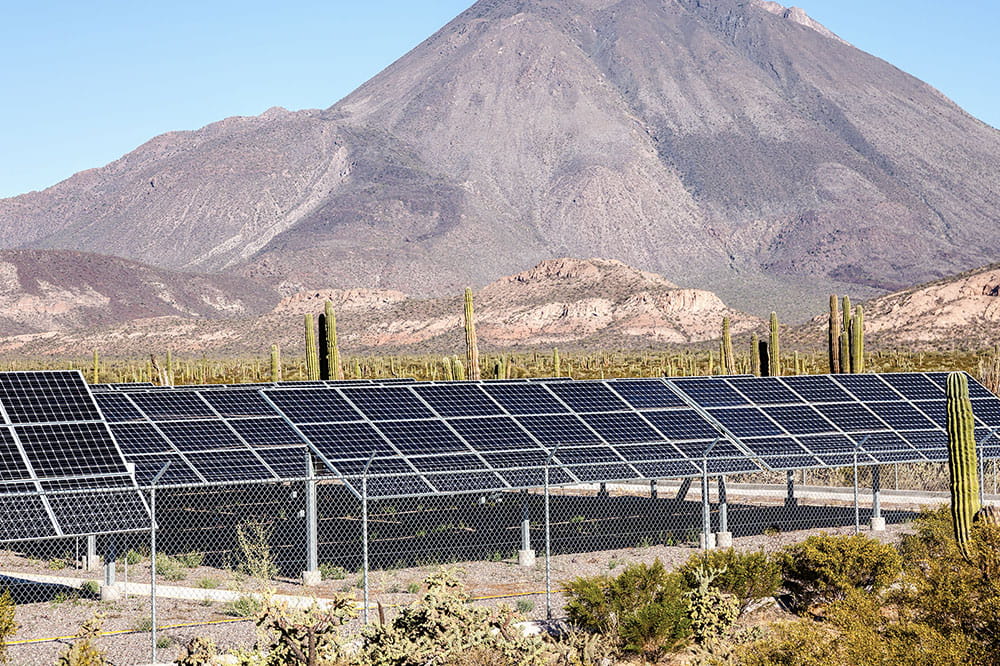 In a short series of articles, we delve into climate-related and environmental issues in the countries that the German national soccer team is facing in the preliminaries for the World Cup. Our article on Mexico is the kickoff.

If there is a large-scale blackout, it takes IT that runs on electricity to reboot the grid. So what do you do? 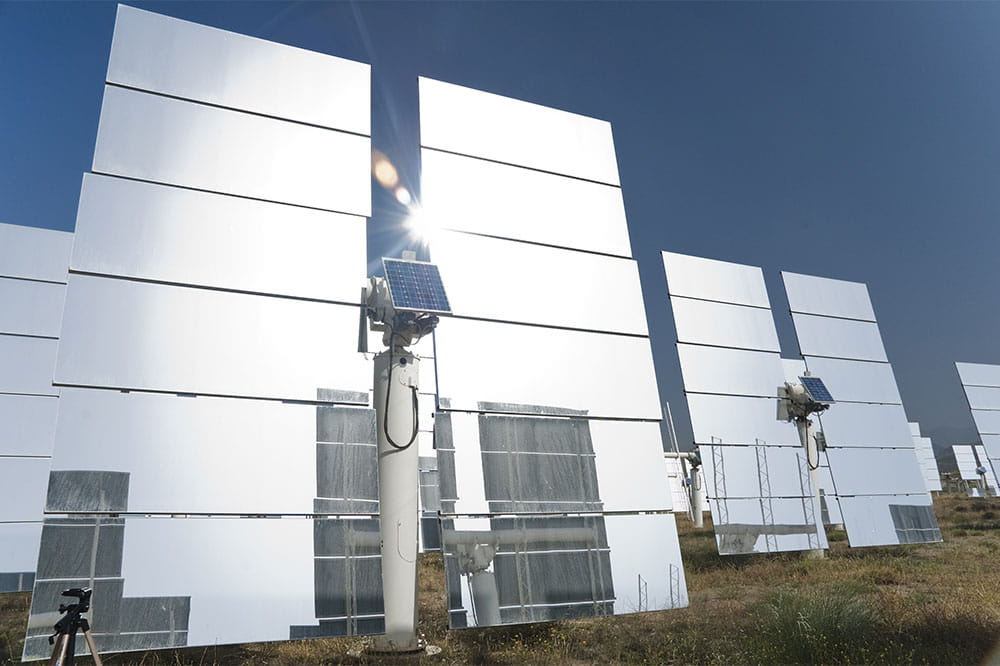 It takes a lot of energy to produce hydrogen. The world’s largest test facility to capture the element using solar energy is up and running in southern Spain. 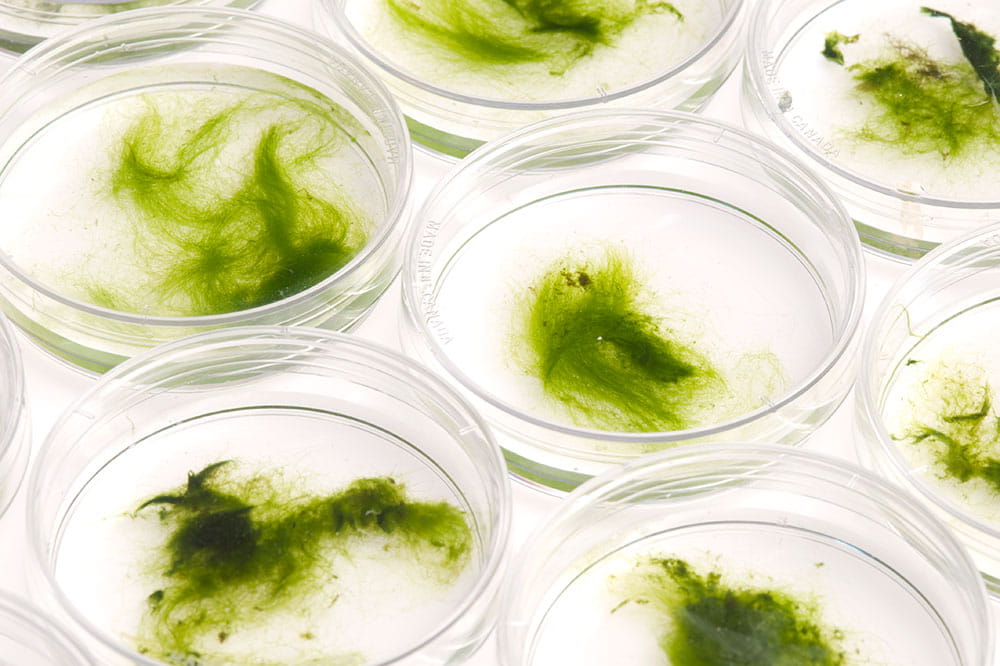 Algae as an Energy Source

Electricity can be generated from algae. Now scientists have shown how the process can be greatly improved.