Grasping Is Harder Than Thinking

Robotic technology has made astonishing progress in a number of areas, but there is still one part of the human body that gives engineers headaches: the hand. Although even infants can reach out and grasp objects, robots are pushing up against their limits if they attempt the same feat. An assessment.

In 1996, for the first time, a computer defeated a reigning chess champion. Garry Kasparov lost in a contest with a closet-sized computing whiz known as “Deep Blue.” The duel was emblematic of everything that computers would soon be expected to do. Twenty-five years later, the expectations have only partly been met, at least if one were to consider a drugstore in your neighborhood as an example. Shelves are replenished with ten-packs of toilet paper or small boxes of face cream. Employees mostly handle these tasks. Many of them would be happy to turn them over to robots. But robotic technology is pushing at its limits in these cases. Whether large or small, soft or hard, the products keep coming, one right after another. And tomorrow they will look different than they do today. These tasks overwhelm robots. The question is: How can they be taught to grip? 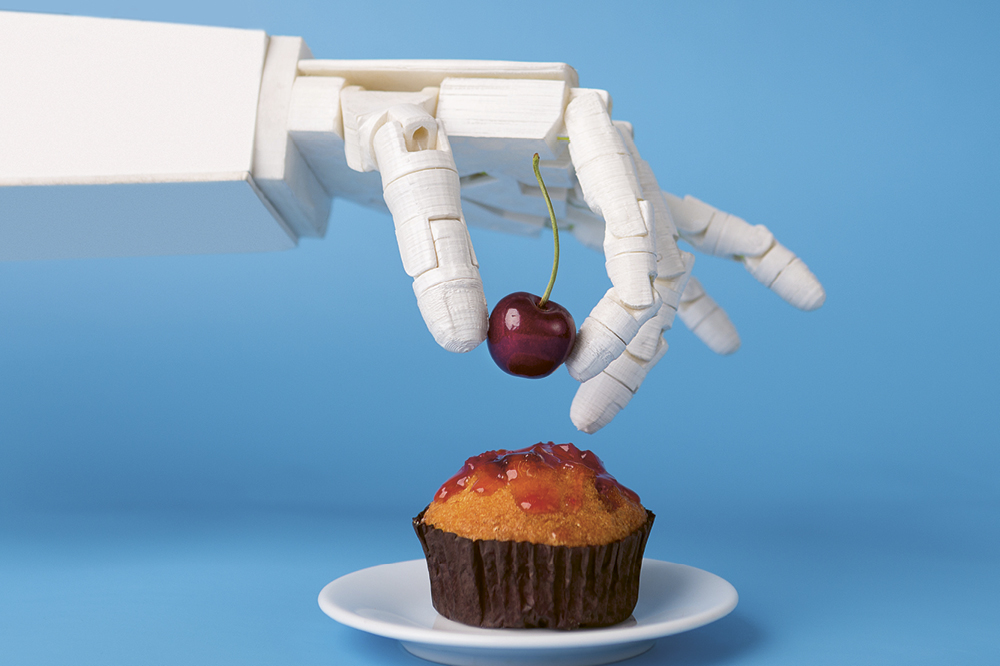 Tough questions for robots: How much pressure can a cherry tolerate and how does the hand know where to place it. © iStock / Prostock-Studio

Soft Hands From a University

The Technical University of Berlin is in the forefront of research on the issue. In a Westdeutscher Rundfunk broadcast, researcher Raphael Deimel described one of the main problems: “People are trying to re-create the human hand, but they don’t really know the most important part of this.” Deimel’s team has explored the problem and has undertaken extensive experiments since early in the 2010s. In the process, the researchers found that the fingers of the human hand adapt spontaneously to the object that the person wants to raise. It is only at the time of gripping that the final position and the pressure the fingers apply are generated.

But how do you implement this on a machine? The Berlin-based researcher developed a soft robotic hand with silicone fingers that can only be activated with compressed air. In this way, the hand is adapted to the object without being precisely programmed in advance. It is designed to handle everything from a mobile phone to a vase for flowers, and from a banana to a teddy bear. This type of hand, currently just a prototype, could easily find uses in the food industry, sorting fruit and vegetables, for example. These foods are especially sensitive to excessive pressure.

This type of hand could also be an option for robots in caregiving situations. Robots are already used in the field, but the “hand problem” has prevented their widespread deployment. The humanoid robot “Pepper,” a joint French-Japanese development from Alderbaran Robotics and Softbank, is a classic example: It is 120 centimeters (47 inches) high and is equipped with arms and plastic hands with a servo drive. It can speak, sing and move its arms and hands. “At first we thought Pepper could already grasp and handle ‘fetch and carry’ tasks or clean and run a vacuum cleaner,” said Dr. Karsten Schwarz of Halle University. “It can’t do all of that. Its hands are really just for gesturing and stabilization during its operation.” Schwarz works on the FORMAT project at Halle University, which does research on these types of robots.

The quintessential robotic hand has not yet arrived. The more straightforward its uses, and the more standardized the objects to be grasped, the better.

Robots at the Stovetop

The outlook is a bit better in the kitchen: Moley, a British company, has developed a complete, finished kitchen unit with two robotic arms. The core elements are the two five- fingered hands from Schunk, a company based in Lauffen am Neckar. It has equipped the hands with nine motors each and numerous sensors. All the control, regulating and performance electronics are integrated into the wrist and the interfaces are standardized. That means the hand can be combined with other robot arms. In the robotic kitchen, the hands competently use mixers, knives, egg whisks, faucets and stove tops. The entire assembly does not come cheap though. Still, for a little more than a quarter of a million euros you can take possession of a very unusual status symbol. At least it’s very unusual for now. These robots make more sense for large kitchens, and their manufacturers admit this. The arms and hands in this kitchen need a great deal of space, both on and above the working surfaces – and they are much too large to solve the problems in drugstores.

Dematic, a logistics company based in Heusenstamm, is taking a different approach, betting on hands tailored to a particular task. To help with the sorting process on a logistics company’s delivery vehicles, it relies on “pushers” to guide packages onto the shelves at the right locations. As the shelves are filled, the problem posed by different package sizes is rectified with fingers of different dimensions. This enables a massive package to be gripped with two large fingers. Narrower fingers come into play for smaller and lighter packages. The approach also keeps the intermediate spaces on the shelves within acceptable limits.

The bottom line is that the quintessential robotic hand does not yet exist. The more straightforward the application and the more standardized the object to be gripped, the better. There are a few promising approaches. But for now, the human hand remains a masterpiece that is difficult to duplicate technically, especially in combination with the human eye, brain and arm. Incidentally, even Deep Blue was unable to move pieces on the chessboard on its own. A human being had to do that for him. 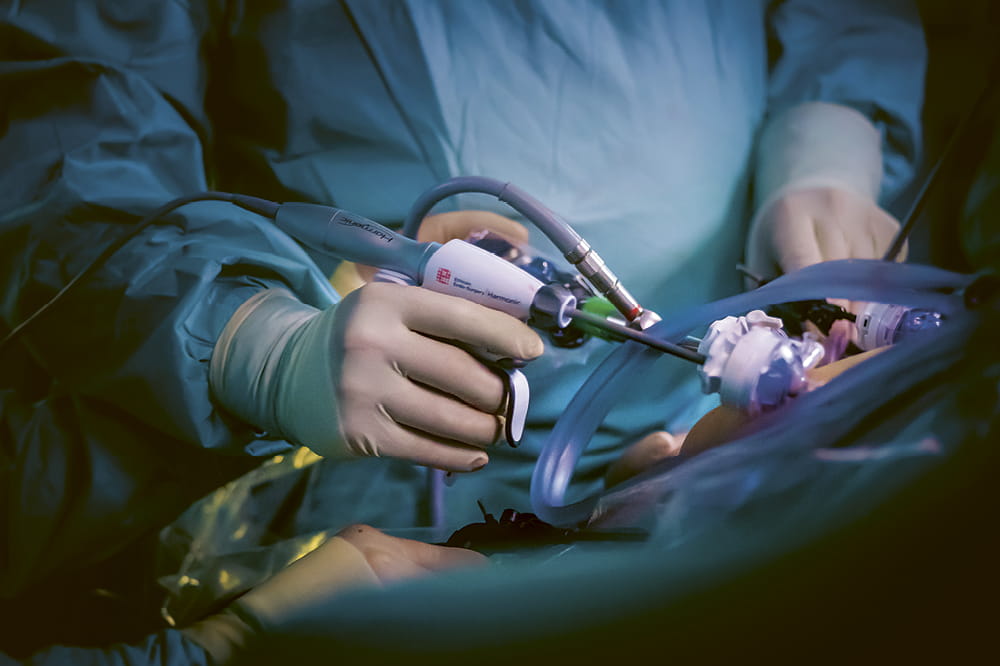 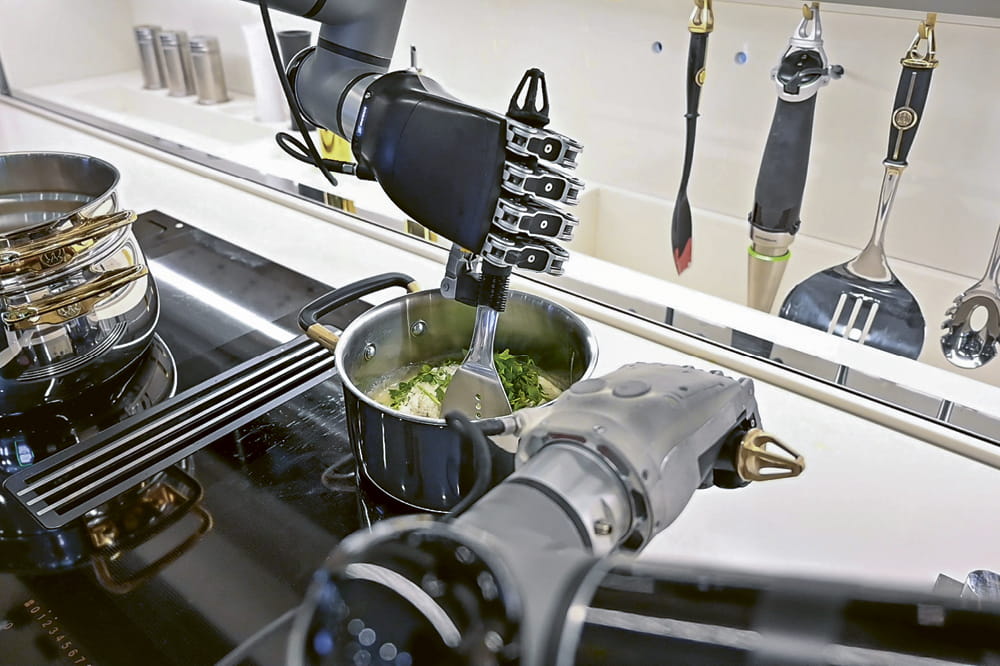 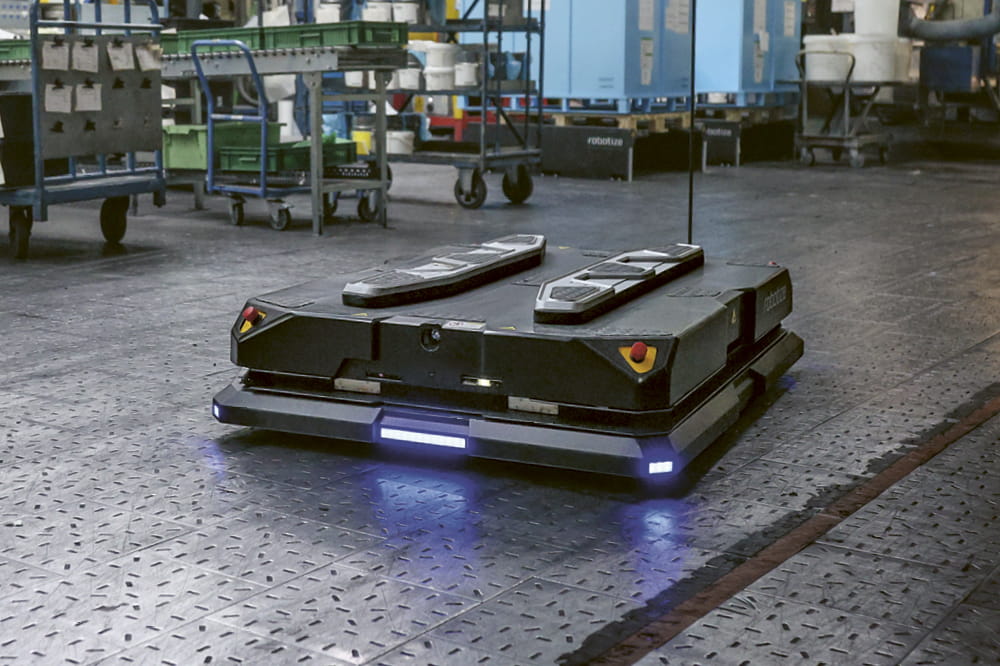 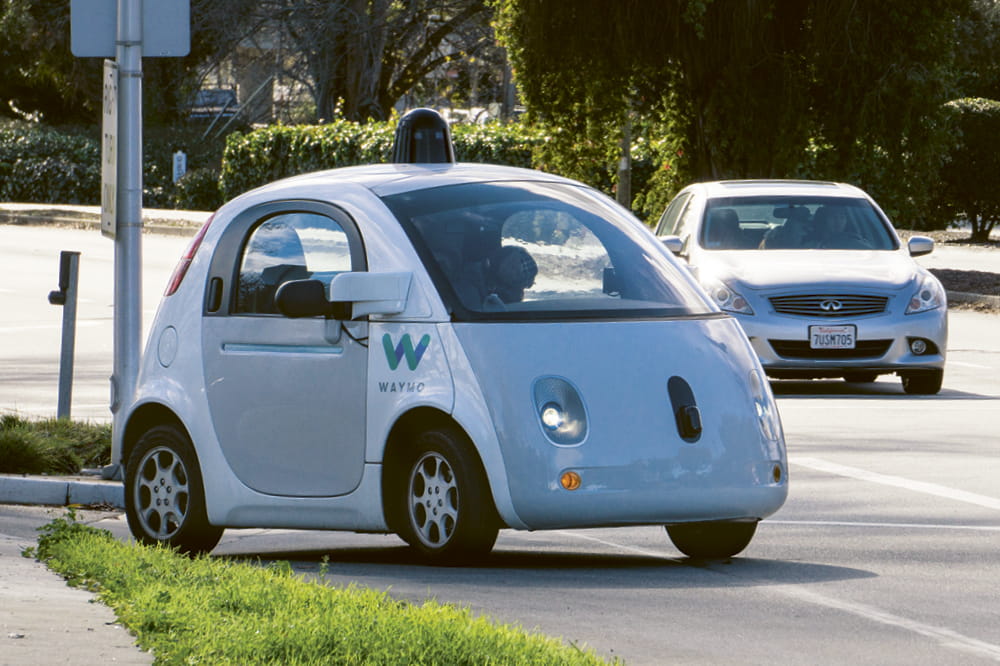 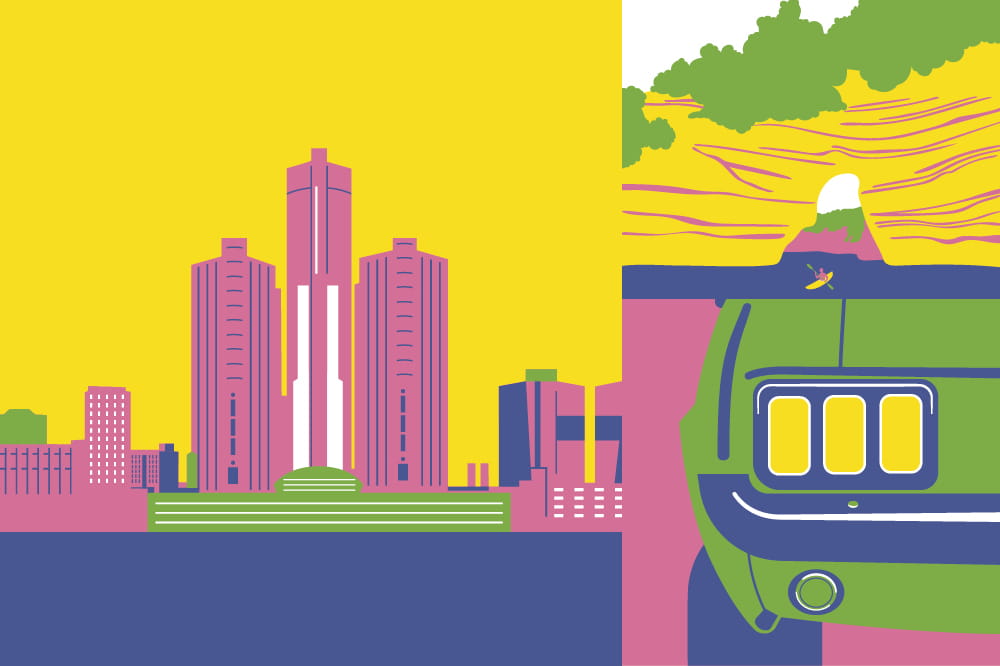 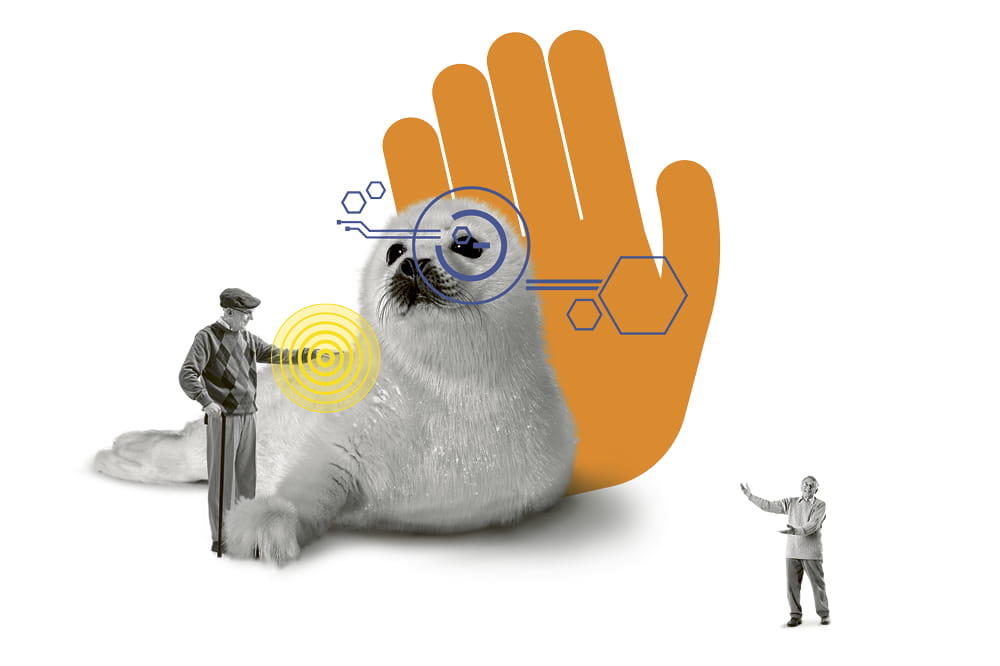 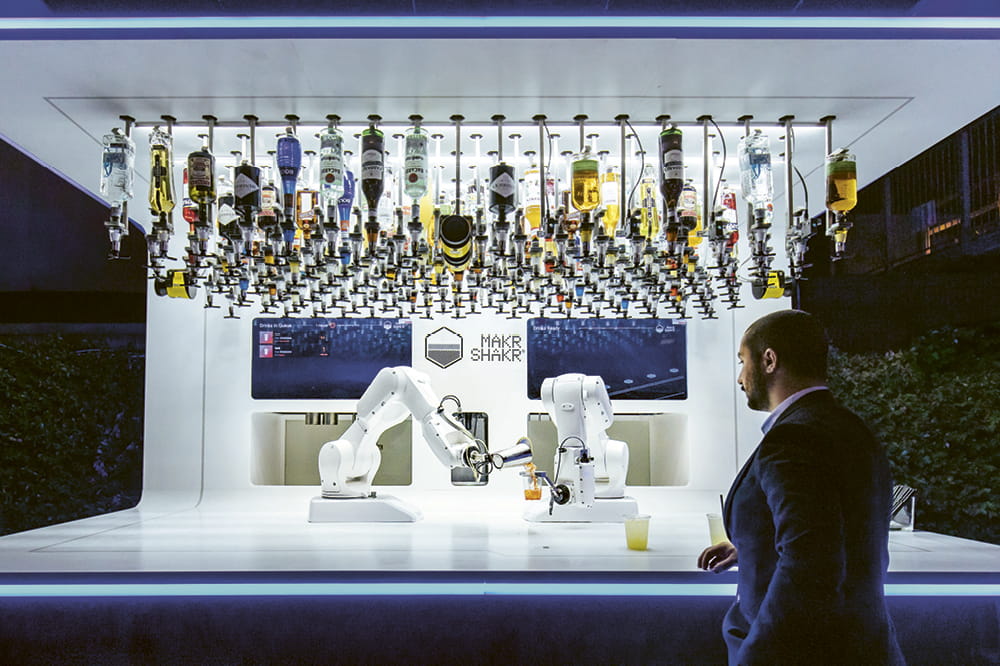 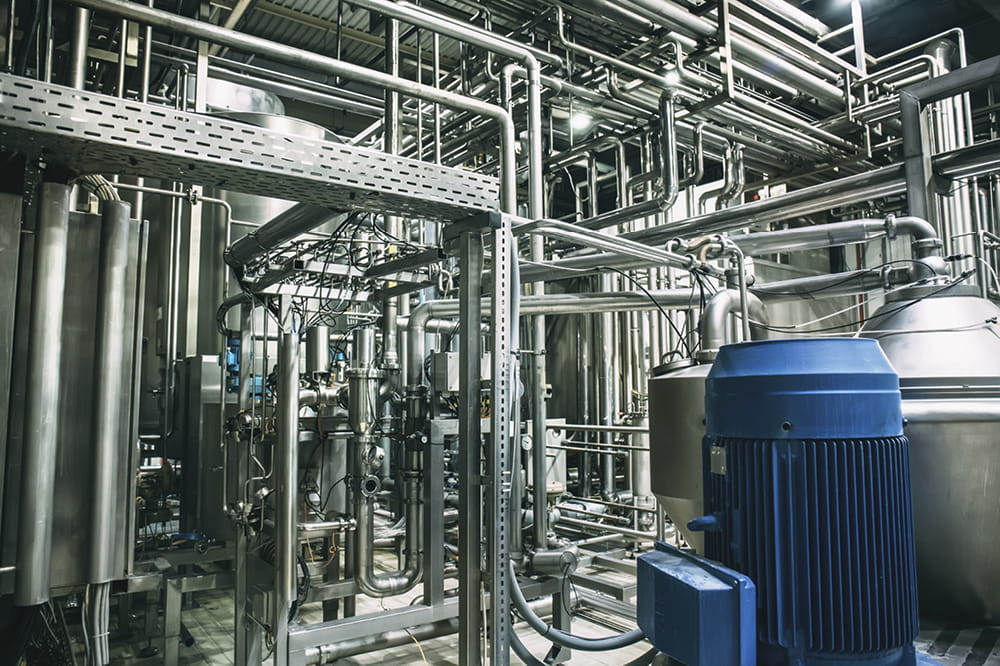 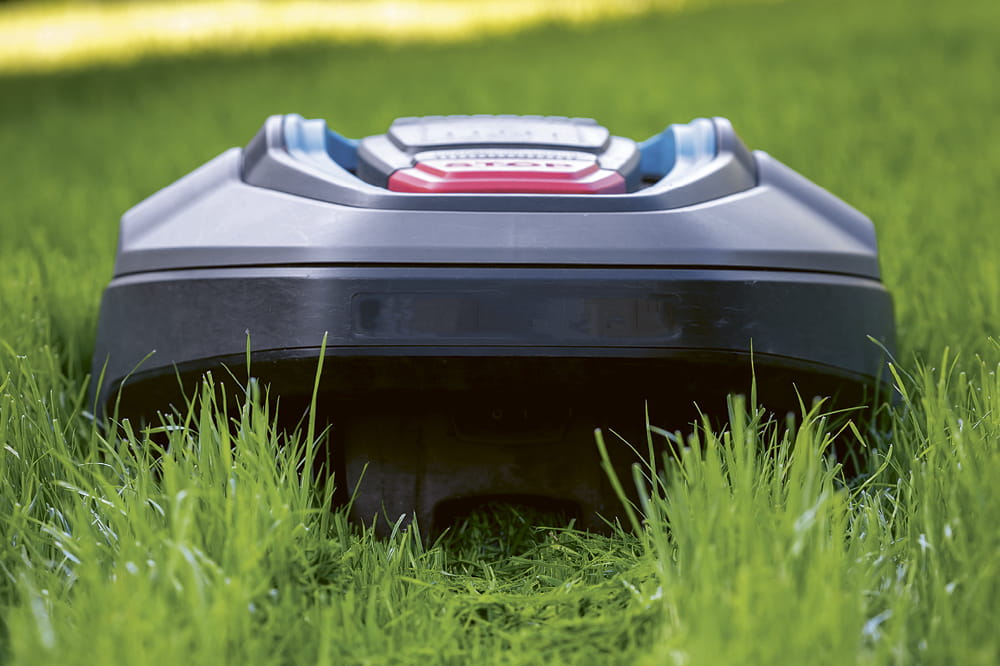 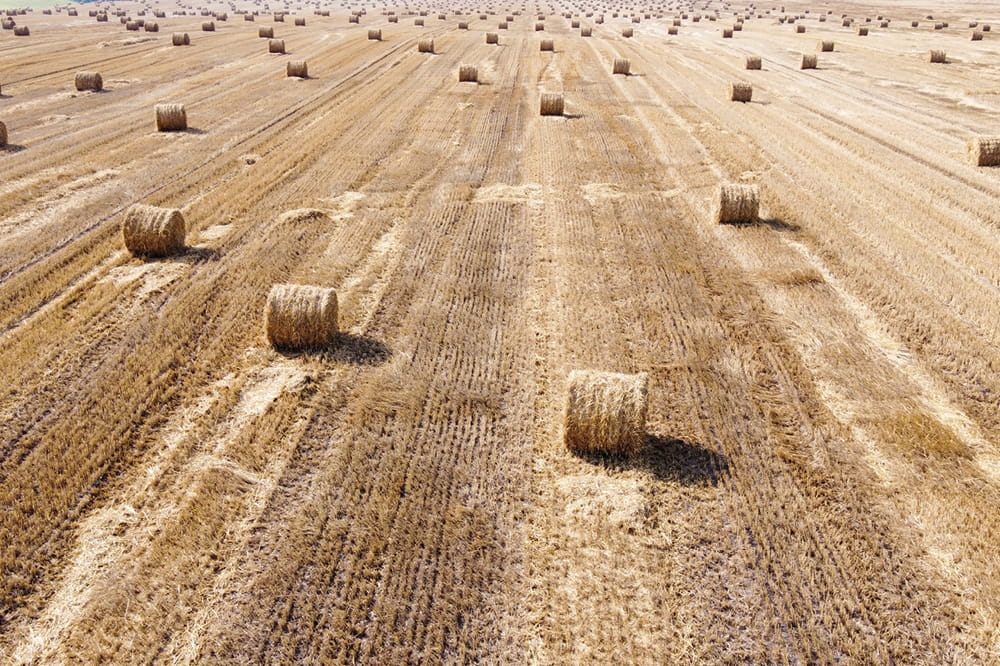